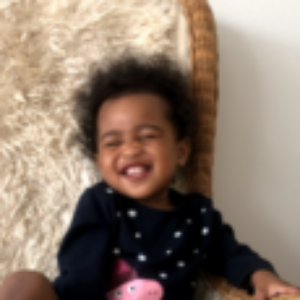 The table gives information about the survey results on the proportion of consumers who drank different brands of soft drinks everyday (over a week´s period) in the four countries of the United Kingdom (England, Scotland, Wales and Northern Ireland) in the year 2019.

Overall, across United Kingdom, there was a modest proportion of people who stated that they drank soft drinks (between 39-51%). While Scottish people ranked first as the country who drank the most quantity of soft drinks, Irish people registered as the least drinkers. Coca-Cola was the most popular in most of the countries, except for Scotland, where Irn-Bru was the most preferred brand.

There were five different competing brands consumed in 2019 in all of the four countries in United Kingdom: Coca-cola, Pepsi, Fanta, Sprite and Irn-Bru. Looking at England, there were 40% of respondents who reported that they drank soft drinks, of which 16% were Coca-cola drinkers. Pepsi followed next as the second most popular drink at 8%. Finally, Fanta, Sprite, and Irn-Bru trailed behind at 7%, 5% and 4%, respectively.

While Irn-Bru was the least consumed drink in England, by contrast, it became the top in the list for Scotland at 23%. Coca-cola was the next popular choice as stated by 11% of Scottish people. Pepsi, Fanta and Sprite came after with figures that are close to each other (7%,6% and 4%, respectively). Scotland was the country with the highest reported number of soft drink consumers with a total percentage of 51%.

Turning to Wales, Coca-cola made it to the first place at 20%, followed by the other brands which was reported to be consumed by only under 10% of the people in the country. To be more specific, Pepsi was drunk by 8% of the Welsh people, Sprite and Irn-Bru were as popular as each other at 6% and Fanta ranked the last at 5%.

There was only 39% of Irish people who said they drink soft drinks, of which the biggest portion were the Coca-cola drinkers at 18%. Sprite, Fanta and Pepsi which followed the list competed very tightly with each other at 7%,6% and 5%, respectively. Lastly, Irn-Bru was not liked as much as the other brands which made it the least popular choice of fizzy drink by the Irish people.