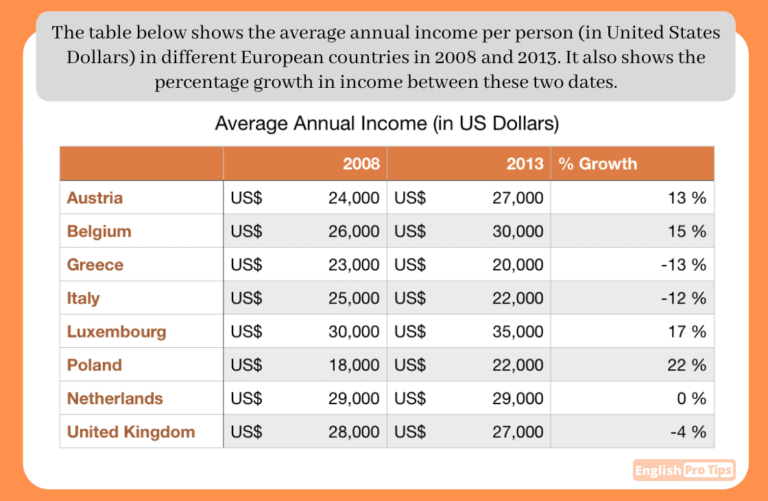 This table illustrates a comparison of revenue in a year for person in eight countries from 2008 to 2013.

Overall, there are four increased counties which are( Poland, Luxembourg, Belgium, Austria). Netherland was remain the same percentage of growth during that period. While (Greece,Italy, United Kingdom) were countries which had decline of growth.