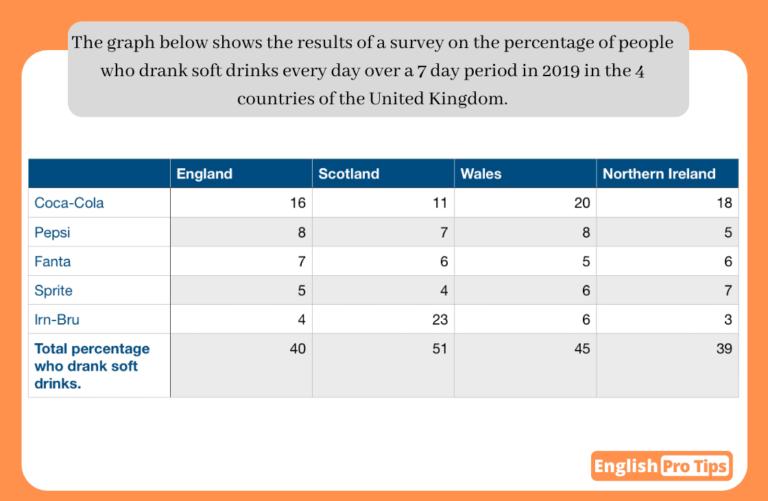 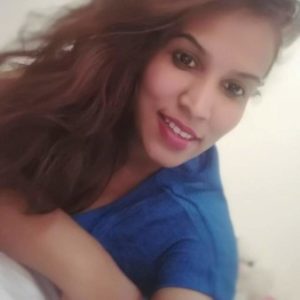 The table below represents the data on percentages of people who consumed soft drinks daily In a week in four different nations in the UK in 2019.(England, Scotland, Wales, Northern Ireland)

Overall ,of the countries that bought beverages , Coca-Cola was by far the biggest brand whereas Irn-Bru became the least popular drink except Scotland.The figure for the total percentage of drinks fluctuated over the given week.

Looking into more details, the percentage of using Coca-Cola varied in four countries while the brand(Coca-Cola) took the lead in market in Wales( one-fifth of all) followed by Northern Ireland.The residents of England stood at the third place overtaking the citizens in Wales in terms of Coca-Cola preference. In contrast, the people in Northern Ireland, England and Wales paid less attention to buy Irn-Bru (3%-6%) with an exception of Scottish.(23%)

Another two brands in soft drinks namely Fanta and Sprite has been popular in the UK communities at less than 10% whereas total percentage for drinks made up figures between little under 40% and slightly over 50% . The highest total proportion reported in Scotland at 51%.while the lowest figures belonged to the Northern Ireland .